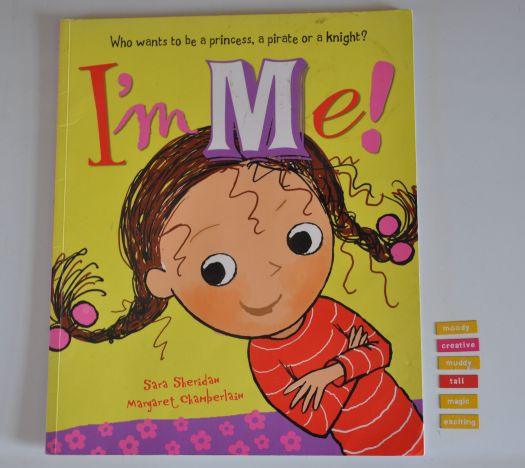 Our copy of I’m Me! by Sara Sheridan and Margaret Chamberlain is very well worn and loved. Gifted to Daughter shortly after she was born, this has been a firm favourite ever since.

The story follows a little girl called Imogen who goes to play with her Auntie Sara. Auntie Sara is very excited and has all sorts of ideas for games, but Imogen isn’t in the mood – she just wants to be herself, not a knight or a pirate or an astronaut. 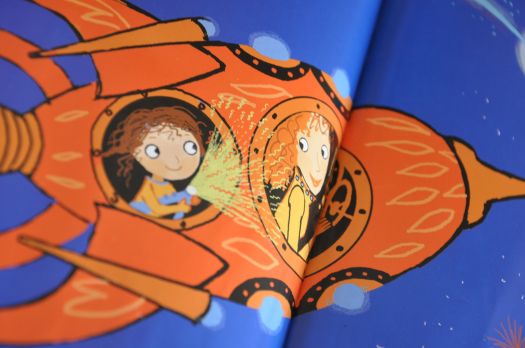 The premise of the book is incredibly simple – Auntie Sara suggests a game and Imogen says, “Not today,” until Auntie Sara eventually pauses long enough for Imogen to express herself. The prose follows a pattern which makes it easy for early readers to follow, and predictable enough for pre-readers to join in whilst listening.

Notes from our initial reading – a good six years ago – state that Daughter “really engaged … in a way I’ve not seen before. There’s something about the illustrative style which she found particularly appealing, pointing at ‘imagined’ Imogen and then at ‘narrative’ Imogen, identifying that they were the same character. What I also found incredibly exciting was the page in which Imogen is depicted as a witch’s cat – Daughter pointed at the protagonist in her costume, said ‘cat’ and then proceeded to point to the ‘real life’ Imogen whilst shaking her head and saying ‘cat’ again.”

Daughter was just over fourteen months at this time. That she still likes it as she approaches seven and is able to read fluently for herself speaks a great deal for what is essentially a list of make-believe games.

Do you have any books which have endured like this?