Periodically, I stumble down a literary rabbit hole.

In this case, I started with The Bookshop Book by Jen Campbell, moved onto Three Things You Need to Know About Rockets by Jessica A. Fox and finally, I fell into The Diary of a Bookseller by Shaun Bythell.

In Bythell’s work, he speaks often about The Bookshop‘s Random Book Club and I completely fell in love with the idea. Who doesn’t want to get a surprise book in the post once a month?

Except, the Random Book Club has had to close to new members on account of ‘Unforeseen Popularity’.  Bum.

So, undeterred by the fact that my requested membership was an impossible birthday gift, Husband decided to choose me one tome per month for the coming year from our local library.

As my birthday is in June – happy birthday, me! – this is month one and we begin with Oh Dear Silvia by Dawn French. 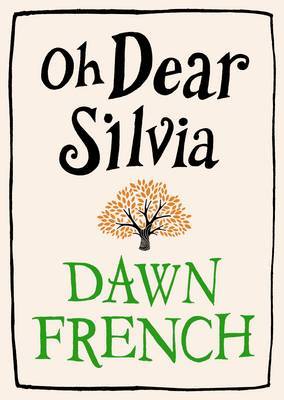 I don’t have anything against Dawn French, or against famous people writing books. I really, really liked Robert Webb’s, How Not to Be a Boy, for example. I just really object to books where the author’s name is larger than the title on the cover. I feel like it’s belittling whatever the writer might have to say – as if it’s not the story that’s important, but the person who’s telling it.

So full points to Husband for picking this up as something I’d never normally go for.

At this point I am 158 pages in. There are 338 pages in total and I’ll update when I’ve finished the book. Right now though, I’m actually really enjoying it.

Don’t get me wrong, I’m not going to go out of my way to seek out other, similar things, but for something that I really didn’t expect to enjoy, it’s pretty good.

The premise is simple – the eponymous Silvia is in a coma and people come to visit her. Throughout the course of the book, they reveal their relationships with her through (sometimes heavy-handed) monologues and a variety of (sometimes implausible) actions. There is an element of gallows-humour to the events which unfold by Silvia’s hospital bed – particularly in connection with Silvia’s sister, Jo – but for the most part, it’s a fairly straight-forward read.

What I like about it – at this stage, anyway – is that you get to know Silvia as a multifaceted character because you haven’t got the option to do otherwise. The format of the book leaves a great deal of space for the reader to knit together different faces of the titular character and what we’re left with is a confusing, confused impression of a human-being.

At times, the dialogue doesn’t feel very natural – particularly when Silvia’s ex-husband is feeling poetic – but on the whole, it reads well. One of my main qualms with the book is the fact that instead of using italics to indicate the stress of a word, whoever’s done the layout has chosen to underline things instead. I don’t know why I find that small detail so jarring, but I really do. As in; it’s a bigger road-block to my enjoyment of the text than the fact that it sometimes feels like characters are reading a theatre script rather than speaking impromptu things. I expect that to people who don’t get annoyed at irrational nonsense like I do, this is a total non-issue.

Anyways, I’ll leave it there for now though and revisit this when I’ve finished the whole thing…

Well, about ten pages after I wrote the above, the story completely changed.

I mean, I was sat there happily reading, thinking, “Well, this has been a nice, mostly interesting book,” when BAM, a giant plot-point punched my face and altered everything.  The comedy increased, though grew significantly darker, and I found myself saying, “Eh!?” every few pages as something new and sinister unfolded.

I really liked the ending – ambiguous as it was. The book was about Silvia, not about the other characters so I wasn’t dissatisfied that it stopped where it did, though I can imagine it being an irritating finish if you’re the sort of person who likes closure on things.

All in all, I’m really glad I read this, and I’m really looking forward to seeing what appears next.